Bullet vibes use to be something which was seen as a bedside staple, yet still lacked in many areas. Most brands offered the same shape, or simply the same type and power of vibrations. However, We-Vibe changed that by producing the Tango, which emits strong rumbly sensations rather than soft buzzy ones. For me, this is what my body desired. For all those toys were a bullet could be added to them to make then buzz (or in this case rumble), this was the one that fitted snugly within their chambers and transmitted its powerful vibrations from tip-to-toe.

So for me, it was my go-to-toy, the one that excited my body so much that I was able to enjoy orgasm after orgasm without the numbing effect brought on by buzz vibrators. Yet, it was still lacking in a few things, and the first was how long it stayed charge, sadly the Tango would die rapidly, and then the second issue I had with it did not help with this first – the charging system was a pain and could lose connection easily.

All seemed well with the Tango 2, and we seemed happy, my partners were happy, and my strap-on subs who enjoys rumbly sensations to reach their prostate were happy. 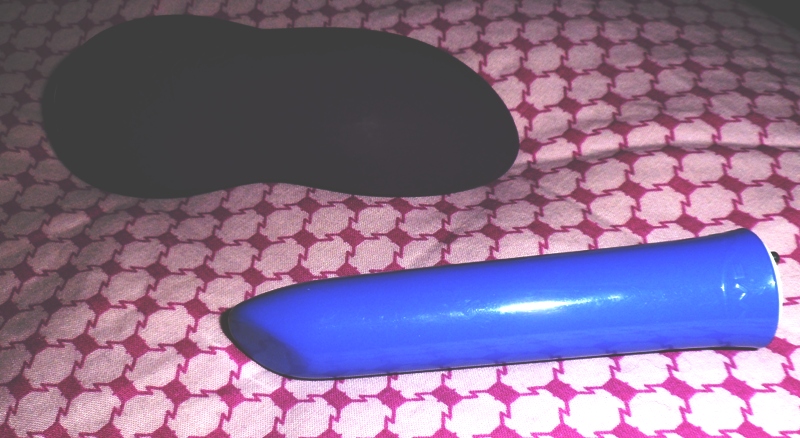 Then one day the vibrator desired to let out a warning flash, to indicate it was running low after all its hard work, so I decided to pop it into a drawer and flash it’s was to no battery power prior to its next change. A few days went, then a few weeks, and after a few months the little vibe flashed away only using a small amount of power yet it still didn’t go flat. This annoyed me, as there was no way to turn off the flashing, no way to stop it, and if I didn’t have a draw to shove it into I would’ve went made from the light constantly blinking for sure.

I finally gave in and changed the darn device and we were somewhat happy again, up until its low battery tantrum occurred once again.

The vibrator really needs to be less discreet when indicating its low on battery. I’m sure I would’ve been able to use the device a lot longer than the flashing indicated, yet the light-show it produced was highly off-putting when trying to maintain the right level of arousal. The little lipstick shaped item had all the perks, from shape, to vibes, and being able to be used with other toys. Heck it was even pretty good when it change to noise. Yet, when it told me it was time for it to quit for a bit, it seemed as if it was trying to slack off early from its pleasure inducing job.

I thought maybe that it was only the Tango 2 which did this, however the Touch 2 (a version with a tapered tip and flexible silicon sheath), also did the same. The Touch 2’s silicone sheath is far more luxurious and less grippy than the previous model.

Ok, right it’s only a little irk, but sometimes it’s those little things which bug me the mo9st, particularly in such perfect toys in all other ways.

Tango 2 and the Touch 2 both offer 8 various vibration settings controlled via a single push-button. To turn the device on simply hold it down for a few seconds, repeat this process to turn it off too. They are both waterproof, which is a bonus. The Tango may be used with silicone lubricant; however the Touch requires a water base version due to its silicone outer-shell. Their vibrations are awesome, and the products are reparable via USB and mains. The Tango fits perfectly into the chambers found in many dildos. Of course the Touch isn’t able to do this, however it may be easier to hold compared to the Tango as the vibrations are just that strong a nice bit of silicone padding can help when forming a firm grip. Both have tapered tips which are ideal for rubbing over the clitoris, although the bounciness of the silicone from the Touch can offer gentler caresses.

Overall, Both devices have great power within them as they use the same motor, and while the flashing light annoys me greatly, I think I will just have to learn to suck-it-up and charge it a lot sooner than desired.

Thank you to We Vibe for sending me the Tango 2 and the Touch 2 for my review.