Normally I joke about vibrators which have been decorated in cartoon imagery – because cute totally equals orgasms…. Sadly many vibrators which look cute don’t work when it comes to the physically pleasurable part. Sure they may cause visual pleasure, but it often stops there.

The Solitaire Petal Vibe is different. Like many corded egg vibes, it is a battery-powered powerhouse, and its addition of a pointed tip sheath really does help direct the vibrations to exactly where you want them. It has 10 different vibrations patterns on offer and is powered by 2 AAA batteries. 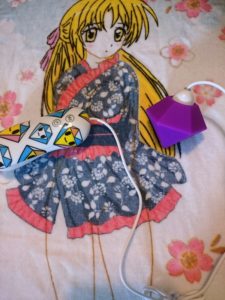 When using the vibe, I started to use its pointed tip to tease apart my vulva and spread open its lips. After slowly teasing my body, I was warmed up and wet enough to start using its tip to stimulate my clitoris. The tip was able to produce precision stimulation to the most pleasurably sensitive area of my clitoris – many women have that one spot that just feels amazing when it comes to clitoral play, and this hit mine.

I ramped up the vibrator to its third setting, letting out its most powerful buzzy vibrations to exactly where I wanted it. Due to the high-powered vibrations being smooth and continuous, I was able to orgasm rapidly. In the past, some vibrating corded egg vibes have been a bit jumpy when it came to their vibrations. However, when a continuous setting with the petal vibe was selected its motor delivered smooth consistent vibrations. The seventh setting is also another one I enjoyed greatly, particularly during foreplay as it produces a continuous wave from the lowest to the highest vibration strengths and back again.

The egg can be used without the silicone sheath. I found that its size was perfect for resting on the vulva during coitus. When the vibe is on its side, the vibrations hitting my body offer more of a rumbly and spread-out vibrations. However, with the addition of my partner penetrating me and stimulating other areas of my body it was able to add more pleasure during sex. I was rather happy that the cord is long enough so that the product can be controlled during various positions. The only issue I have with this vibe during sex is that its button controls can be a little stiff, which can interfere with the moment somewhat. 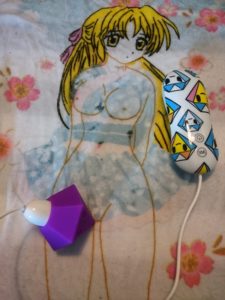 Thank you to Lovehoney for sending me this sex toy for my review. Click here to buy or read more.