For most people, erotica and sex toys work in conjunction with each other. Many settle down with a good bit of smut and a trusty sex toy beside them. Others may even read a raunchy story with their partner, before experimenting with a sensual product together. Not only do we bring sex toys and erotica together in our own way, but the authors bring new life to sex toy play, introducing toys to their characters. When reading these excerpts we may find new and adventurous ways to experiment with our own toys – we’re able to bring the realms of fantasy into pleasurable reality.

Today we have an excerpt from “A Girl, Two Guys and a Sex Toy” by Kristina Wright which is one of the stories in Instruments of Pleasure, edited by Rachel Kramer Bussel. Enjoy!

At some point while Kevin was regaling me with a story about his ski trip to Vermont, Michael 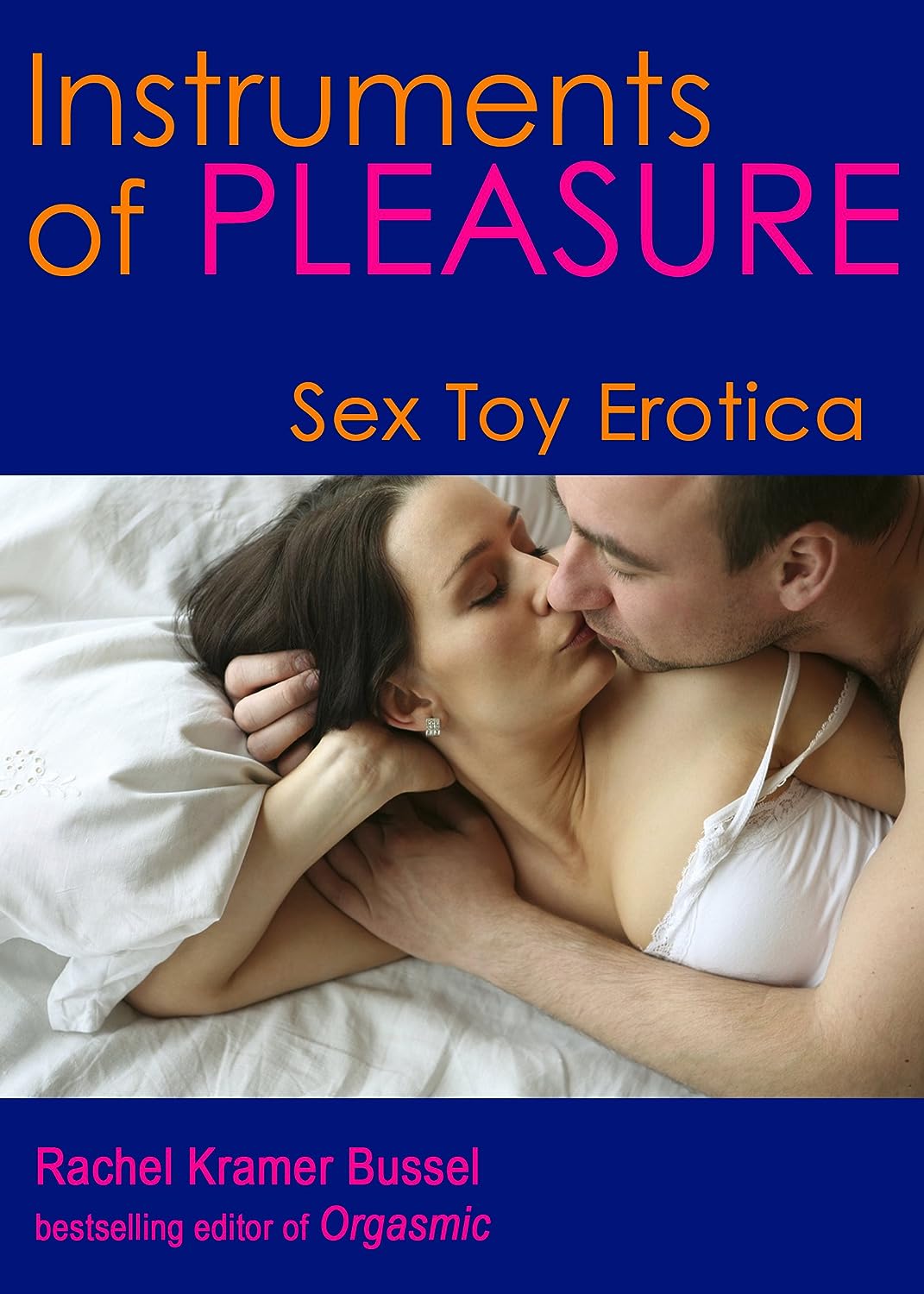 “What’s this, your new boyfriend?” he asked

Kevin’s eyes went wide, and I pounced on Michael to get the thing away from him. Between the champagne and wrestling with Michael (and somehow ending up sprawled on top of Kevin), I started to get horny. It hadn’t been that long, really—only three weeks or so, though the last few times with David were lackluster at best (How do you know when a relationship is dead? When the sex is as much fun as doing the dishes). But now my hormones were raging, and I could tell I was soaking wet by the heavy, swollen feeling of my pussy.

All of this is an excuse for why, when Michael asked me if I’d played with my new toy, I didn’t say, “No.” I said, “Not yet.” My voice sounded sultry and full of promise, even to me.

“Do you want to?” Kevin asked.

I snuggled back against the pillows, eyes closed. “Oh, yeah. Yeah, I do.” And I did. I was so wet and hot, I could barely stand it. My body was throbbing in time to the bass of the stereo. I couldn’t make out the song, but the thump-thump-thump of the bass made the walls—and my skin—vibrate. My clit quivered to be touched and stroked in time to that thumping bass and, looking from Michael to Kevin, I decided I didn’t want them to do it. I wanted to do it while they watched.

“What are you going to do, babe?” Michael’s voice was low and pure sex. There was no mistaking his erec­tion, and though I’d known him for years, I blushed.

I blushed, but it didn’t stop me from shimmying out of my jeans and panties. I sat there between two of my oldest, platonic male friends, naked except for a thin tank top that did more to accentuate my hard nipples than hide them, and spread my legs.

I could practically feel the heat of their gaze between my legs. Instead of clamping my thighs together, I spread wider, throwing a leg over each of them. “Give me that thing.”