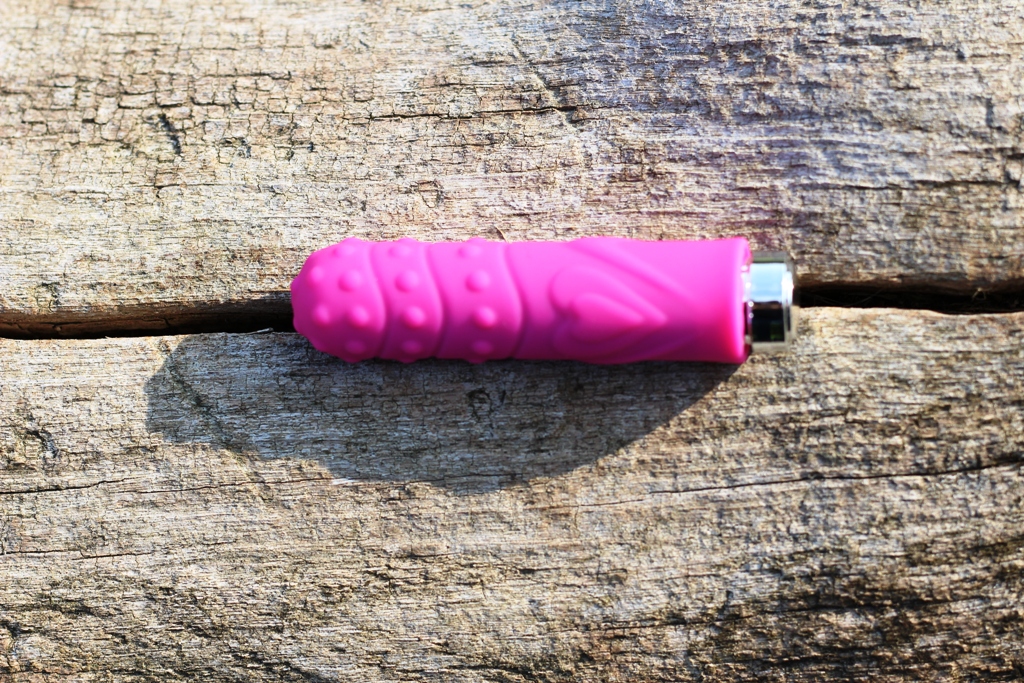 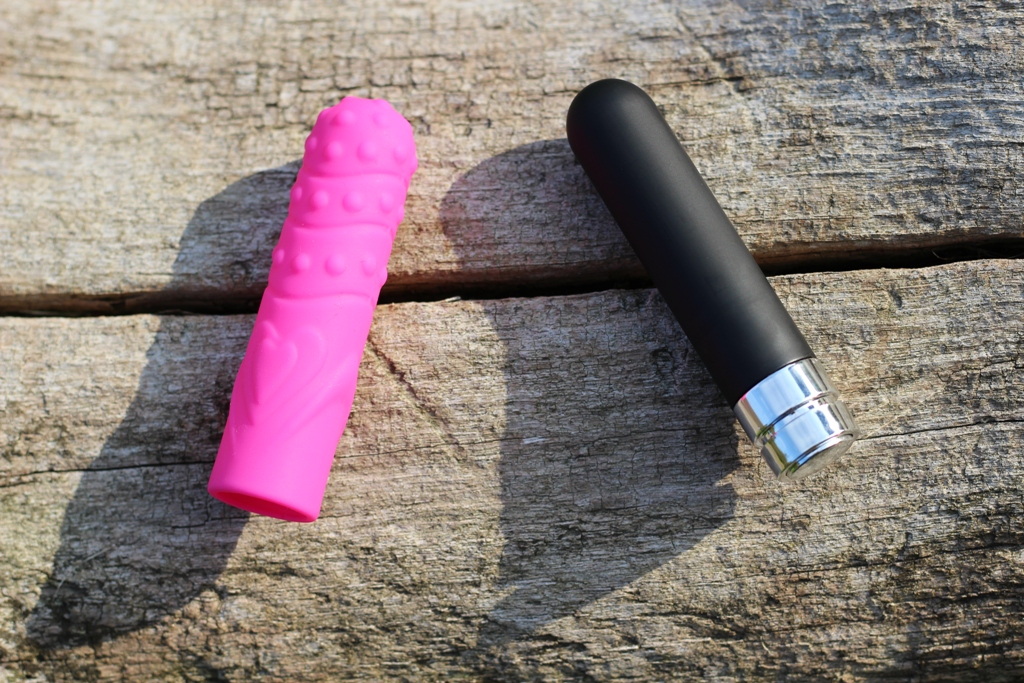 When using the ‘Je T’Aime’ I started using the tip on the toy over my vulva, the vibrations traveled down to the very tips of the bumps and sent tingling sensations throughout my body.  The buzzy vibrations are surprisingly good for a battery powered vibrator particularly in the affordable price range. After teasing open my lips,  I directed the bumps on top of my clitoris,  and found that the way they were positioned was perfect for sending stimulation over the whole surface of the clitoral nub  rather than just one part of it.  This meant I was able to hit that particular area on my clitoris which I find most pleasurable without having to move the bullet around too much. If like me you just have that one little spot on your clitoris but sometimes find it hard to pinpoint with other bullet vibes, the silicone sleeve on this toy really makes finding it effortless. As the vibrations emitted down to my body making my clitoris swell and pulsate, I found it didn’t; t take too long until I organized.  As the sex toy transmits buzzy style vibrations the vibrations I felt were as intense as when I have used more rumbly style vibes,  however,  due to the bumps on the tip spreading the sensations out more I was able to continue to masturbation with it more without my clitoris getting too sensitive which can occur with buzzy toys.

Once the sleeve was removed I found it harder to find the pleasurable spots on my clitoris, and actually found it less powerful than when the sleeve was covering the vibrator. The sleeve by itself can be used as a standalone sex toy by slipping it over a finger during finger play. This meant I was able to curve the textures around towards my G-spot. It can also be used to massage elsewhere on the body, the bumps can lead to you feeling gently tingly scratches over the body’s surface and help helps warm up the body for more intimate play.

Overall, this is still a pretty vibe, but I feel for its price and how it has the removable sleeve option it is worth getting. The vibrations don’t feel like some cheaper vibrators, although; whilst the vibrations are of high quality don’t expect a “power queen” vibe. This toy would be great for use between couples, those interested in exploring your body with textures, and like the idea that you have options of different textures and sensations.

Thanks to So Divine for sending me this sex toy to review. You can find out more about it here.