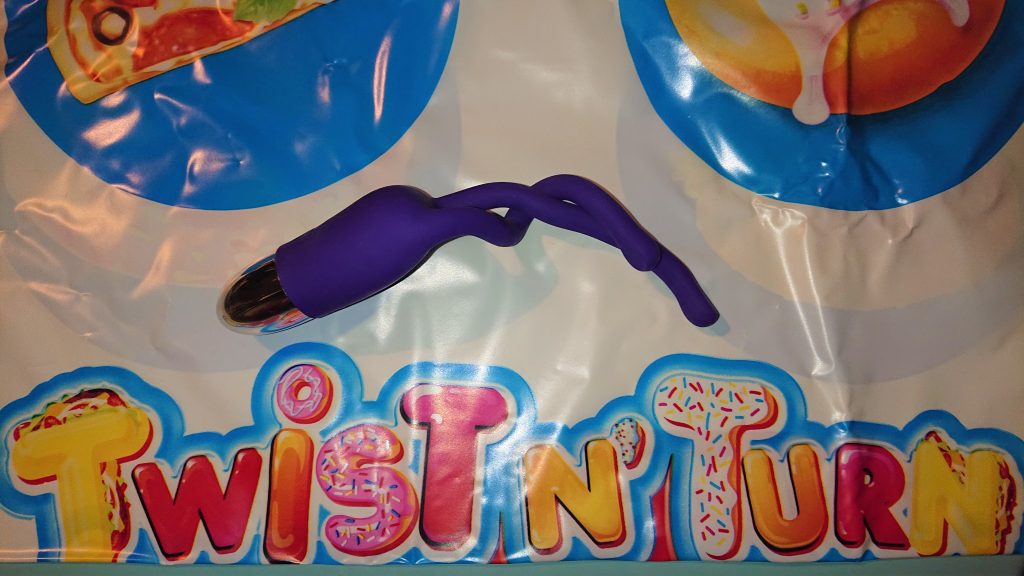 Flexible sex toys are some of the more exciting sex toys I get sent. They generally let me down when attempting to use them in their marketed ways, but I often am able to get creative, and find other ways to use and enjoy them. With the Flexy Beast, it is advertised differently, and has more options. Unlike some that state they will bend perfectly to your body for ultimate G-spot play, the Flexy Beast doesn’t offer these closed-ended promises. 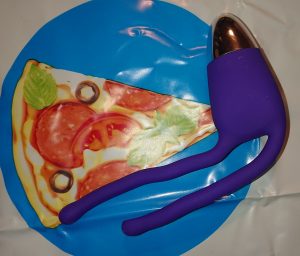 Here’s some of the methods I have experimented with this sex toy:

Does it work? The sex toy was able to be inserted and prongs rest on the vulva, but I found it did not keep the labia at bay. I do have long labia, and it did offer extra stimulation during oral sex, but it also liked to move around at times and got in the way of my lovers tongue at times. Sadly, you can’t change the vibrations when using it like this.

Wearable Panty Vibe: Wearing with the main body inserted vaginally and prongs against the vulva between the labia and resting on the clitoris.

Wrapped on a Penis: Ok yeah, I just made that sound like a burrito, are you hungry now? Anyway, the sex toy makes out that it can be used like a wearable cockring.

G-spot Play? Inserting the main body of the sex toy and bending the prongs to angel towards the G-spot.

Does it work? Personally, not for my G-spot. It worked nicely as a vaginal sex toy, but I found the shape and size of the vibrators main body was not right to reach the G-spot. If the shape of the body was addressed, the arms are stable enough to be bent and used without losing shape easily when thrusting, so maybe in the future the concept will evolve more for G-spot stimulation. Many flexiable sex toys lose their shape when inserted and thrusted with, meaning once you have found your pleasure spot it can go off radar easily at the height of the moment, this sex toy is a lot more stable. 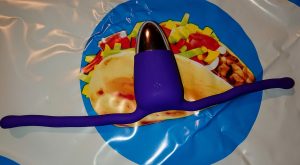 Clitoral: Prongs vs main body, you can pick and choose here and even flip it around mid-masturbation to bring a new level of excitement.

Does it work? Yes, it can be a nice gentle way to wake-up the body.

Finger Vibe: Wrap the prongs around a finger or two and use either prongs or main body to stimulate yourself.

Does it work? If you have the dexterity to wrap them around, they can add some stability to holding the sex toy during play. You can wrap them so you can still use the prongs as stimulation, or so the main body is the bit you play with.

Inserted Vaginally Alongside Penis? Basically, either part inserted during penile and vaginal sex.

Cleaning is fairly easy with antibacterial wash and water as it is waterproof. Made sure you pay extra attention to the indentations in the silicone for the CE mark, and the gap where the silver plastic and the silicone join.

The issue with bending the sex toy, is that, once bent in and out of a shape you can never reshape it to be as it was before fully.

Final Thoughts? I’m umming and ahing about this sex toy. It’s not that I don’t like it, it’s just I feel that it doesn’t have as many possibilities as it claims. There were moments of gold and there were things I’d never do again with it, and when it touched me and held me in certain ways there were moments, I wish it wouldn’t come back to me.