Coconut Rope from Kandles by Kitten is a scratchy weave aimed at offering an intense sensory experience during rope play. I was curious to find out whether or not the rope would be too harsh to use on my submissives, and how it differed from other courser ropes such as hemp.

The coconut rope arrives in a cardboard box, it is neatly tied. Unravelling it from its pre-shipment knotting was easy but a few strands of coconut fibre came loose during the process.

When experimenting with the rope I first did some practice knots before introducing it to my submissive. As the strands scratched through my fingertips I could feel an oil-like residue moisturising my skin. Unlike hemp and other harsh ropes, I have tried, coconut rope doesn’t feel as dry when resting on flesh. Yet it’s incredibly scratchy.

When tying the rope, I found that the knot liked to slip and slide more than other rope materials. When using this rope, I recommend using it for basic ties, such as wrist cuffs. This particular coconut rope doesn’t seem suitable for suspension.

I liked using the rope as a sensory device more than a bondage and restrictive item. Running the coarse fibres over my submissives back made them moan as it scratched their body lightly. After spanking I also enjoyed using it to exfoliate the already reddened flesh, making their post spanking marking more noticeable the next day as their clothes rubbed again the lightly scratched surface.

I found when cutting the rope, it was a little tougher than others, so if you want a particular size for your play session, pre-cutting may be best.

It’s not the best rope for doing tight knots and bondage work, but I really like how the texture rubs as my submissive moves, and the fibres scrape their wrists offering a hands-free addition to sensory play as my fingers focus on producing other sensations elsewhere. 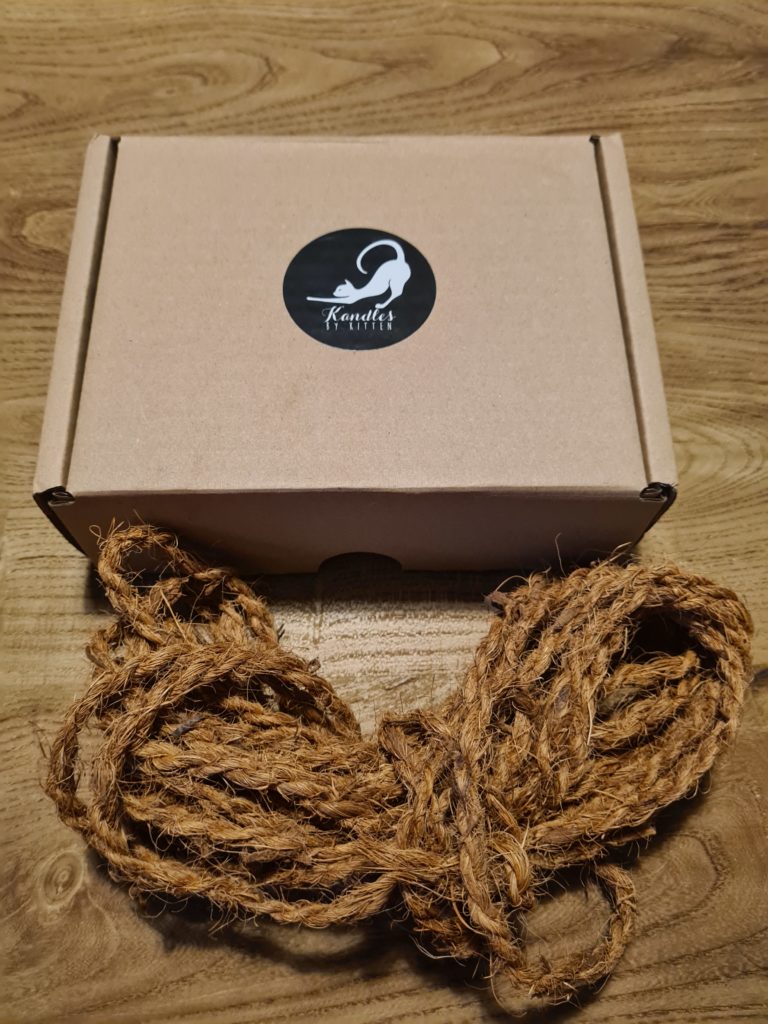 Whilst hemp rope can be tightened more and slips less, when opting for s sensation play rope, I prefer the coconut as the dryness of working with hemp rope can be a bit too overloading sensory for me.

Kandles by Kittens sent me this rope so I could explore the sensory nature of it.