When I saw the SuperBoyZ toy by Cal Exotics I just couldn’t help but buy it. Both I and my partner are fans of the anime and manga series know as DragonBallZ. The packaging for this toy appears to be a take on DragonBallZ, and the character seems to be Vegeta and Goku blended together. I thought that it was worth a shot at only £7.99, and at least I and my partner would get some entertainment from the packaging, even if the toy failed in the area of excitement. 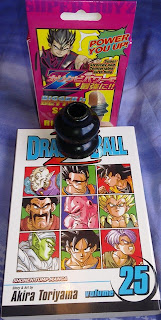 The toy is packaged in an oversize cardboard box; you could probably fit around four of the toy into the box. To be fair the packaging does state ‘bigger is better’, and maybe the oversize packaging is trying to compensate for the toy. The packaging has multiple images of the Japanese style character on it, in a fighting stance. On the back you will find the phrase ‘Power You Up’, so obviously this toy is meant to increase the power level of your penis… On the box you will also find a warning that the toy should not be worn for more than 30 minutes, and that you should allow 60 minutes before using again. The toy also states that it is intended for external use only – this is just a general warning that a lot of sex toys come with, as the toy is intended to be placed over a penis or a sex toy externally, but then inserted internally into a vagina. The toy is intended to act as a stamina enhancer and a g-spot stimulator. Even though I’m against the catch phrases used on the packaging, which seem to play on people’s insecurities, both my partner and I appreciated the general Japanese cartoon style and layout. The toy is made from very squidgy plastic, and is extremely flexible. The toy is easily flipped inside out and generally stretched, while still able to maintain its original shape with little damage. It does seem to stick to some items and also attracts dust, so you may want to find a bag or similar to store it in. The product has two mould seams on the outer layer of the plastic; these are hardly noticeable when touched. The protruding rings round the product remind me slightly of the rings found on a sci-fi ray gun. They add roughly an additional 0.5cm- 1cm girth to your penis. 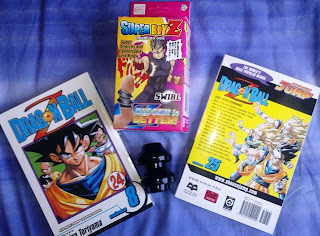 To wear the sleeve is fairly easy. We found that turning it inside out, and then gently flipping it over the head of the penis worked best. Once on, the girth ring felt slightly tight at first, but my partner quickly got used to it. Inserting the toy into my vagina was easier than expected and I didn’t feel any discomfort. I could feel the rings flip back and forth along my vaginal wall, but they did not stimulate my g-spot. We found that during intercourse the sleeve gradually slipped down to the base of the penis, meaning that most of the girth enhancing sensation was lost. My partner says that the ring did increase his penis sensitivity, but when inserted into my vagina, most of the sensations from the vaginal wall were blocked by the layers of plastic. We’ve only used this product a few times and it already seems to be tearing at the seam.
The toy is very easy to clean. You are able to flip the rings and the toy inside out and gently wash with your favourite cleaner.
Overall, for the price, this is an ok product. The packaging was the fun part, but we really didn’t experience much enhancement during intercourse. I feel that the toy doesn’t sit on the right part of the penis to stimulate the g-spot, and it doesn’t help that it slips during use.