You are here: Home › Uncategorized › PicoBong Honi
PicoBong is a new and exciting range of sex toys which are designed to be luxurious and affordable. They are made by the people who manufacture LELO products, but unlike LELO’s standard products, PicoBong are battery powered rather than rechargeable, and are designed to appeal to the younger generation of sex toy fanatics, or those who are into sport style brands.
Alice from Lovehoney kindly sent me the Honi to review, which can be used as either a clitoral vibrator or a vibrating egg. In the past I’ve found some vibrating eggs to be uncomfortable to wear, so I really wanted to see how the slim design of the Honi would compare. Unlike most vibrating eggs the Honi doesn’t have a separate control, but this really didn’t seem to bother me too much, as the ones with separate controls can have some problems.

“Sometimes the smallest things can give the most joy – but don’t be fooled by Honi’s petite frame, because she packs a wallop and offers you a world of pleasure on a string” – quoted from the packaging. 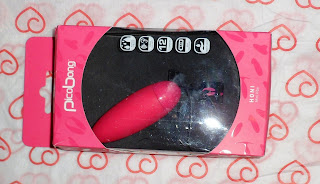 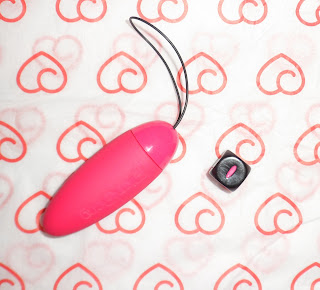