You are here: Home › Erotica › Interview with Rachel Kramer Bussel 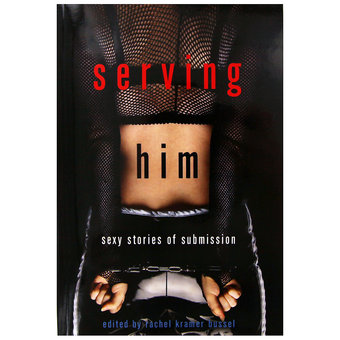 What made you start editing erotica?

I had started writing erotica when I was in law school, and got my first story, “Monica and Me” (about Monica Lewinsky) published, and from there got asked to co-edit and later edit anthologies. It seemed like a natural progression from writing erotica, especially when I started editing books about topics I’m very passionate about, like spanking. I love coming up with the idea for an anthology and then seeing how utterly transformed the final book is by the pieces that are submitted. So much of editing an anthology is unpredictable, and it’s exciting to see authors take an idea I had and give it a totally different spin.

What’s the most unusual thing you’ve had to edit out of a piece?

I don’t do a lot of major editing for content—if I like a story, I will usually publish it, so I don’t know that I’ve taken anything egregious out of a story. I prefer to give authors pretty much free reign, with a few rules (no incest, scat, bestiality) and see what they do.

What did you like the most about editing ‘Serving Him’?

I liked the variety and intensity the authors brought to the topic. Sometimes writing good BDSM stories can be tricky, because you want to convey the emotions and pain and things like obedience. I love that Serving Him has many different levels of BDSM experience; some characters are fully immersed in their roles, and others are just figuring it out. In “The Letter” by Tiffany Reisz, Brice thinks Leigh’s going to break up with him, but actually she wants him to be kinky with her, to dominate her. I’m very proud that the book contains both physical and mental submission; I’m a sucker for the latter, for psychological play in general. There’s a line in Jade Melisande’s “In His Control” where the male dom, Ian says to Juli, ‘I want more than just your body. I want this.’ He tapped her lightly on the temple.” When she agrees, he definitely pushes her farther than she could’ve imagined. It’s a story that perfectly captures her desire to submit mixed with all the ways she’s uncomfortable while she does so, and how an order can weight on a submissive’s mind. I love all the stories, but I especially love discovering new authors, such as joy, who wrote “Paper Doll,” another standout in the book for me because of all the buttons it pushes. I did something I’ve never done before with my story “Subbing”—I wrote about a professional submissive (well, a woman filling in for her friend who’s a professional submissive) and including some Daddy/girl play. The latter I didn’t set out to do, but that’s where the story went.

Have you noticed ‘Fifty Shades of Grey’ influence any of these stories?

I haven’t—I’ve been publishing kinky erotica for a while now, so I think writers tend to know the kinds of stories I’m looking for. I do hope that the success of Fifty Shades of Grey leads to many more people who’ve only thought about it (or maybe even haven’t thought about it!)

Other than writing and editing what else do you enjoy doing?

I like trivia nights and playing word games like Boggle and Scrabble. I love going to live theater and traveling, and often see theater when I travel. I just moved from New York City, after almost 17 years, to Red Bank, New Jersey, so I’m exploring my new town.