You are here: Home › Article › How Not to Close the Orgasm Gap

How not to close the orgasm gap 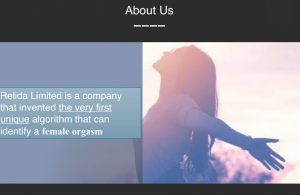 Today it was revealed that a sex app company had apparently figured out how to solve the orgasm gap, finally. Sex tech companies have been attempting this for years, but apparently, their approach was wrong in looking into better and more pleasurable sex toys.

Apparently past algorithms were missing one factor, and that is apparently women either don’t know when they orgasm, or that they are always faking it?

There are many things wrong with this app.

The app is presuming that there is only one way to orgasm. This is incorrect as many women experience orgasms in different ways. Not every woman will orgasm from penetrative sex, and that’s ok, for some they either don’t want to or it is just their normal. Setting a normal orgasm goal can have loads of negatives in its self. Standardising self-pleasure and orgasm can lead to ironically anorgasmia. Making orgasm a set standard can also put stress into achieving climax.

Saying women fake orgasm is saying that faking it is bad. Some relationships already have strain around not trusting their partner and adding the possible of making out their partner may be faking their pleasure, can add extra stress. It also neglects the fact that faking orgasm can be a good thing sometimes, and some women find it a way to bring on a real full-blown orgasm at times even.

Another claim the creators of the app state, is that sex toys and orgasms are a “Poor way of testing female sex tech”. As a sex toy reviewer of over ten years who has also helped form large scale testing groups, I can tell you that when someone claims they have had an orgasm from a particular sex toy and whether that the type of orgasm is clitoral, nipple, vaginal, or anal, that they are all valid orgasms. It can be easy to tell when there’s a fake sex toy review that’s been published by the company itself even, and most big-time reviewers will not buy into it. Sex toy companies and sellers do not judge the success of just one review nowadays and many invest in getting thousands of unbiased reviews of a particular sex toy, even if the reviews state they didn’t orgasm. Honesty sells sex toys, even if it’s a review stating a sex toy didn’t make someone climax, a negative review can sell more than just overly positive experiences being published.

Can an app replace human experiences? No, never, as it lacks individual stories, disabilities, expression, and much more.

The app also has many other issues. It is focusing on female orgasm only, and the five cis-men behind the apps creation, don’t seem to be aware that most sex toys aren’t designed by gender and can be used in multiple ways.

The app doesn’t state how it has determined what a women’s orgasm is, how the app can help work it out, and the science actually behind it. It just claims that a group of men with expensive qualifications got together and thought they would mansplain orgasms to women.