The Ann Summers Fusion range comes packaged in stylish marble printed boxes and has clear information about the items within and their possible uses. When opening the Panty Vibe, I was hit immediately with that new car smell, this took a few weeks to fade and probably the sealed box had trapped the smell of the factory where it was created. The toy arrives with a charging cable, remote, silicone sleeve, and a bullet vibrator. The silicone sleeve is smooth without any manufacturing grooves, meaning it shouldn’t cause any aggravation against the body. It’s leaf like shape is fairly plushy and where it forms the tip of the “leaf”, the material offers a good amount of flexibility meaning it can fit in your underwear and against your body perfectly. The bullet vibrator can be removed and you can use the silicone sleeve by itself over a finger during a massage and or foreplay. Or you can simply use the bullet by itself, or, insert it into a dildo with a bullet chamber. Whilst the bullet is inserted to the provided silicone sleeve, it does jut out of the back of the device a bit, this was my first man issue with this sex toy, as it means I have the sensation of something rigid between my butt cheeks. Ideally, I’d like the whole bullet surrounded by squishy silicone. The remote itself is pretty simple to use and means you can control the bullet from a distance, whether you are playing solo and don’t want to reach down whilst wearing the panty vibe in your underwear, or you want to liven up your foreplay with a lover and give them the control from across the room. A bonus is that the remote is also rechargeable, so no need to worry about those pesky batteries. 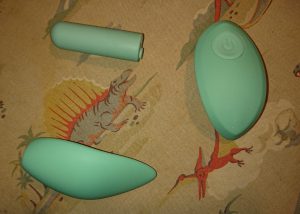 A Note on what I liked: I really liked the silicone sleeve and probably will use this with other bullets. 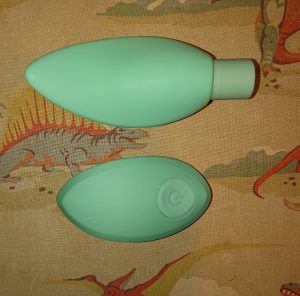 Thank you to Ann Summer’s for sending me this item for my review. You can find out more about this product here.